Some couples prefer to skip the conventional romantic proposal and wedding ceremony and opt to get married or engaged in bizarre places. I came across several cases where couples chose unimaginable locations to pop the question or say their I Do’s, and I felt that all of you would enjoy hearing about them!!

One bride decided that she wanted to combine the two loves of her life: her husband and shopping!! The bride expressed her strong feelings for T.J. Maxx, claiming that she considers it a “happy place.” As a result, she decided to marry her husband in the shoe aisle of the store in Mt. Pleasant, Michigan. The aisle of the store was decorated to emulate a wedding ceremony with an arch, chairs, bows, music and cameramen. The most unusual part? The store wasn’t even closed down for the occasion, and bargain shoppers were invited to watch as they shopped for incredible deals!

Another couple from Hong Kong wanted to tie the knot somewhere meaningful, so they chose to host the wedding at the site of their engagement. The location? None other than McDonald’s, a place where millions of people worldwide know of and visit everyday. At a McDonald’s wedding, the couple gets a cake made of apple pies, as well as having McDonald’s provide the menu. In addition, guests receive happy meal toys as favors, and the bride can even request a wedding dress made of McDonald’s balloons!

One man chose to propose to his girlfriend underground, a rather unusual location than most woman are used to. While on a tour of the Victoria Sewers in England, a man wanted to be different and pop the question to his girlfriend unlike any other person has done before. When the tour guide asked if anyone had any questions, he spoke up and asked his future wife to marry him!! Although unappealing to most, his girlfriend must have felt it was romantic because she said yes!!

A Long Island couple took the plunge literally and got married in a 120,000 gallon shark tank at Atlantis Marine World aquarium in Riverhead, New York. The bride and groom were immersed into the water protected by nothing but a cage, as a variety of ocean creatures including sand sharks, nurse sharks, eels and a giant grouper circled them! Their guests watched from outside the water, but they were able to hear the words being spoken throughout the ceremony due to microphones being worn by the couple! 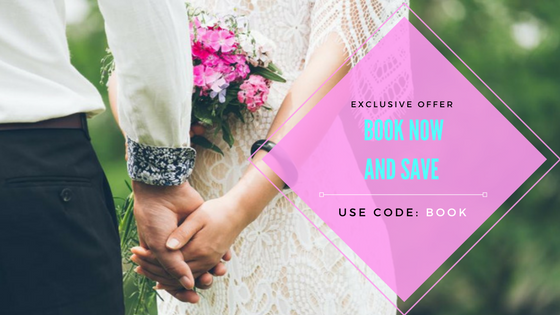